My research investigates the relationships between thinking and doing in performance, training and everyday life. I am particularly interested in how people make sense of these experiences as they happen, and the impact of the broader context surrounding a given moment or event.

I draw on detailed case studies from real-world situations to ask how people flexibly and intelligently adjust their actions in response to challenge, pressure or unpredictability, and what this reveals about human capacities for coping and excelling in high-risk, high-pressure situations and the routine challenges of day-to-day life.

My academic work is unusually transdisciplinary, drawing on ethnographic methods to expand on research in performance studies, cognitive science, anthropology, philosophy, psychology, cultural studies and sports science. By placing these different perspectives in conversation with one another, my work consistently reveals new insights into the theoretical debates explored and the activities investigated.

Considering how people make sense of experiences in sport and physical performance reveals new ways of thinking about other situations where attention, focus and memory are important for guiding movement and collaboration. These range from aesthetic practices such as theatre and dance, to job-specific expertise like performing surgery or flying a plane, to supporting memory and communication processes as we age, and to day-to-day activities where we don’t think about every step of an action in order to carry it out. This training translates to equipment consultation, product testing, cycling advocacy and general media work I do within the cycling industry. 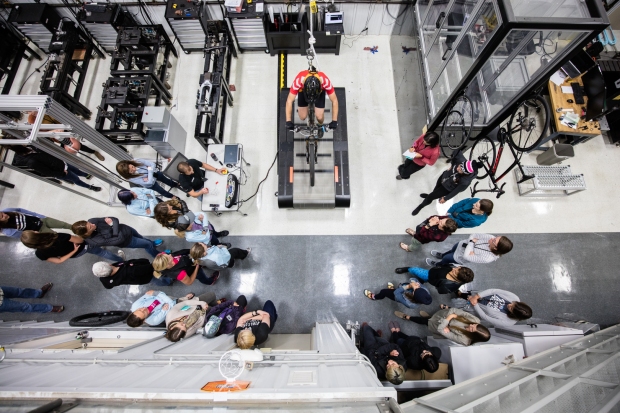 Current projects investigate: decision-making processes while mountain biking down steep, rocky trails; the important roles of failure and staying attuned to bodily and affective variability in scaffolding skilled performance; and how an app designed by an Australian tech start-up, Brain Changer, is used by people with persistent pain to learn to live well with, or overcome, the impact of pain on their daily lives.

My PhD thesis, “Embodying Biking: Sport as Live(d) Events”, examined the relationships between thinking, sensing and doing using case studies from mountain bike racing. I undertook this research in the Department of Performance Studies at the University of Sydney, where I was awarded a Faculty Teaching Fellowship in 2011.

I have worked in course coordination, lecturing and tutoring roles since 2009. In addition to teaching at the University of Sydney, I have taught in Cognitive Science at Macquarie University, Communications at the University of Technology, Sydney (UTS) and the Performance Practices Department at the National Institute of Dramatic Art (NIDA).

Between 2014 and 2017 I worked part time as a research assistant with two interdisciplinary research teams on projects within the Department of Cognitive Science at Macquarie University. One project investigated skilled action and cognition as part of the ARC Discovery Project, “Mindful bodies in action: a philosophical study of skilled movement” led by John Sutton and Doris McIlwain. For the second project, which is ongoing, I am developing a cognitive ethnographic method with colleagues John Sutton and Celia Harris (among several others) to bridge the gap between psychological studies of memory and the real world. This is part of an interdisciplinary project investigating collaborative remembering in older Australians.

I started a postdoctoral researcher position in April 2018, once again working closely with John Sutton and a small but excellent team, the Cognitive Ecologies Lab, in the Department of Cognitive Science at Macquarie University. This work is funded by his Australian Research Council grant, “Cognitive Ecologies: a philosophical study of collaborative embodied skills.” I am an associate member of the Centre for Elite Performance, Expertise and Training (CEPET) and member of the Centre for Scaffolding the Ageing Mind (C-SAM).

Please contact me if you’re interested in hearing about upcoming talks or workshops related to this work.

This video, shot by Mark Parry, weaves together my work in the media and research worlds, for students of an undergraduate course at Macquarie University called Cognitive Science in the Real World. Other videos in the series are here.

Sutton, John and Bicknell, Kath (2020). Embodied experience in the cognitive ecologies of skilled performance. In Ellen Fridland and Carlotta Pavese (eds), The Routledge Handbook of the Philosophy of Skill and Expertise (pp. 194-205). London: Routledge.

“Cognition, Collaboration and the Highly Context-Sensitive Nature of Affordances.” Actions: The Mental and the Bodily conference. University of Warwick, England, 6-7 July 2019. Invited keynote.

“From Flips to Foibles: The dynamic experience of embodied expertise.” Workshop on Minds in Skilled Action. University of Wollongong, 26 March, 2019. Invited speaker.

“The multimodal experience of (embodied, performative, life-saving) cues,” as part of a symposium on Movement, Expertise and Creativity. Australasian Society for Philosophy and Psychology inaugural conference. Macquarie University, 5-7 December, 2018.

“Three anxious moments and why I like them so much.” Music-Emotion-Performance: embodied, interactive, distributed perspectives (workshop), Macquarie University, 13 September, 2018. Co-convenor.

“Scaffolding memory on the static trapeze.” International conference for SARMAC (the Society for Applied Research in Memory and Cognition). University of Sydney, 3-6 January, 2017.

“The Senses of Agency and Control in Complex Skilled Action,” with Wayne Christensen. 10th Conference for the Australasian Society for Cognitive Science. Monash University, Melbourne, 8-10 December 2014.

“Technological Innovation and the Female Mountain Biker’s ‘I can’.” 2014 Cultural Studies of Australasia Conference, “Provocations”. University of Wollongong, 2-5 December 2014.