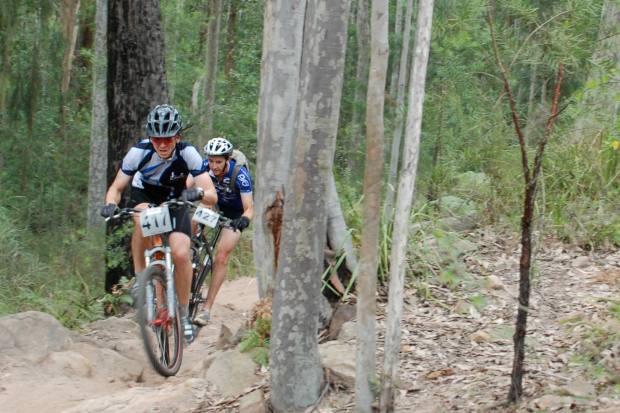 I was so excited about the return of sunny weather early last week, I packed in more training that I would normally do in a week and a half.  What I didn’t count on was how long the recovery process can take once you’ve ripped your legs off so badly that even the 8 minute ride to uni hurts!

The second X-Fusion State Round was held at Ourimbah, near Wyong.  The track is super fast, and super flowy, and makes for one of those rides where you just hold on to the handlebars, grinning like a madman as you fly down the descents.  Sick bodies, or sick kids, kept a few women off the elite start line which was a shame.  Kylee Lock dominated the race from beginning to end, I crept along in second and Vanina Vergoz came in third.  Vanina’s recovering from a back injury at the moment and was just ‘taking it easy.’  She’s going to be a machine once she’s fighting fit again.

This race had the highest number of riders that the NSW state rounds have seen in six years!  Congratulations to everyone who came along, and a massive thanks to the all people who pull these events together.  Keep an eye on the NSWMTB , X-Fusion and Rotoburn sites for results and info on the future rounds.

Photos:  Dylan Penhale powers up the early climb / Ain’t no way I’m riding through that bunting by accident!  Kath Bicknell