The secret’s in the burritos: Rocky Trail #Enduro – Killingworth 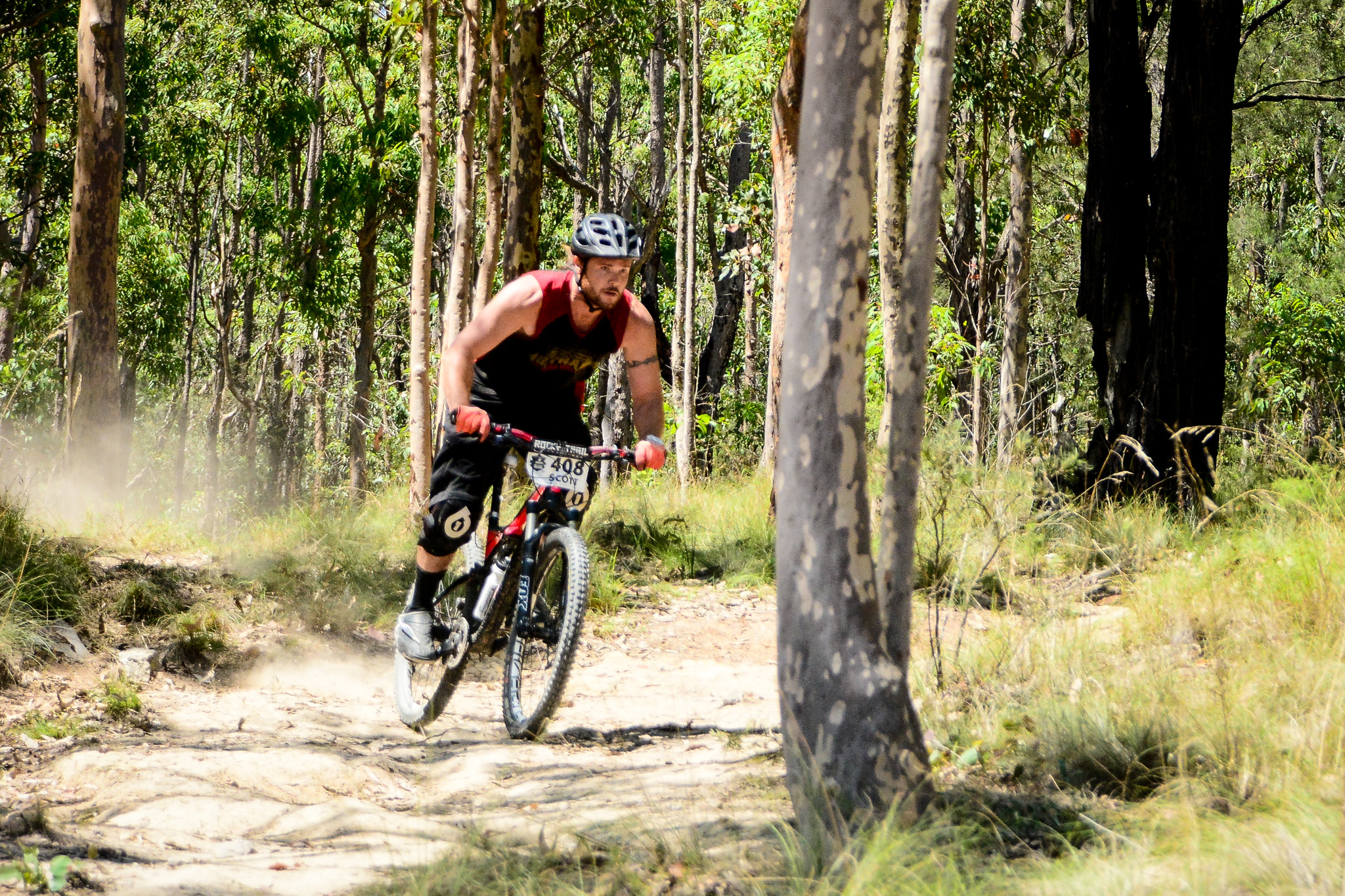 “Good event Simon?” asked Simon’s mate on Facebook after the opening round of the Rocky Trail Entertainment #Enduro Rollercoaster Series. “Yeh definitely, had a good time, was like racing DH in the old days, everyone was nice and no attitudes,” came the reply.

You’ll hear this kind of thing a lot at Enduro races. The tracks take in the fun part of some much loved downhill tracks, without the sections that require extra balls, commitment and air. Everyone’s pretty laid back too. It’s not so much about racing for sheep stations as helping each other find smooth lines, comparing bikes, walking together up the steeper hill climbs and talking shit in the sun.

Simon is Simon Glanville. He works for Fox Australia, is a suspension guru and, like many sponsors and supporters of this race, was there for work as much as play. I love this about mountain biking – so many people who work in the sport are genuinely passionate about it and want to see it grow and grow and grow. Plus, more sponsorship for the series means more prizes, more Simons to ride with on the trails and a vibe around race HQ that continues to build. 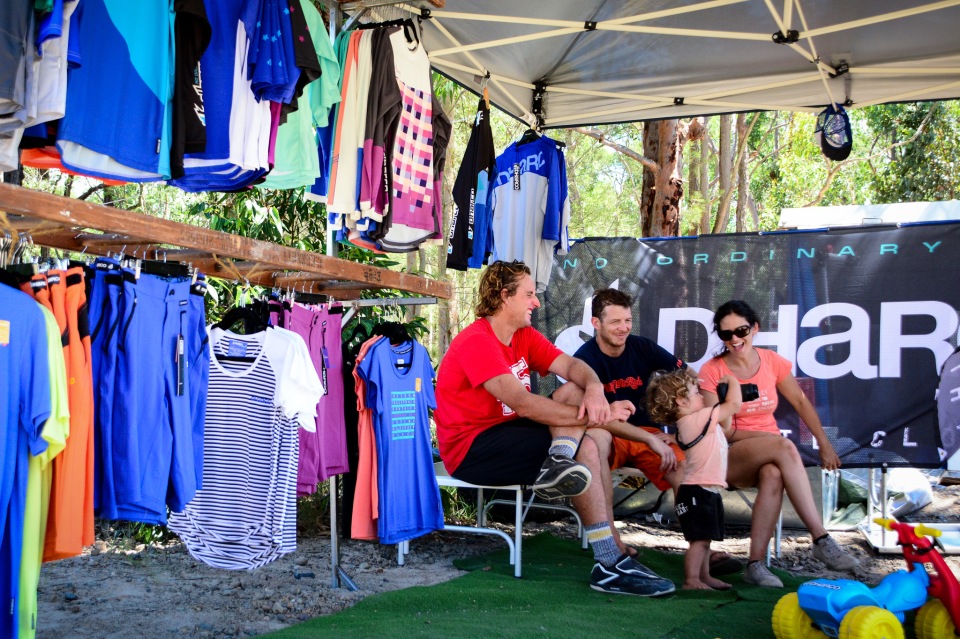 DHaRCO: bright, practical clothing for on and off the bike. The crew behind the brand are bikers for life and great supporters of the Australian riding scene. 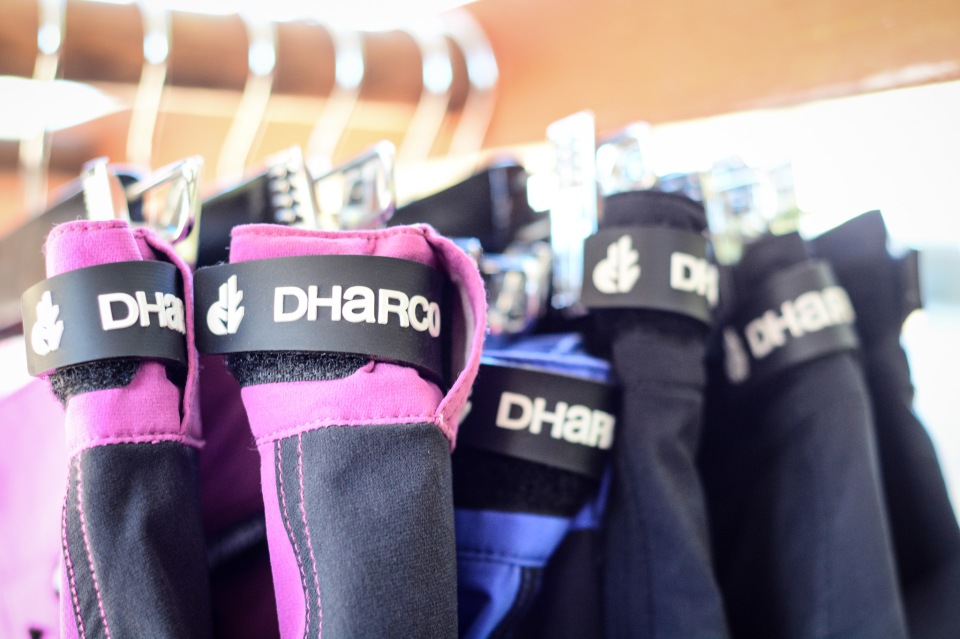 At first people would see others in these Australian designed shorts and ask about fit, function and comfort. Now, when you see people wearing them both parties comment on how they’re about to buy another pair.

The opening round of the Rollercoaster Series took place at Killingworth, a picturesque race venue located right near the Newcastle Substation. With its panoramic powerline views and chewed up fireroads, the fun, old school Killi trails are a memory-filled throwback to great mountain bike races of the past; a time when access for trails was typically granted for places where people thought no one else would want to go. A very different type of riding from the purpose built parks that are creating a new wave of mountain bike experiences today. 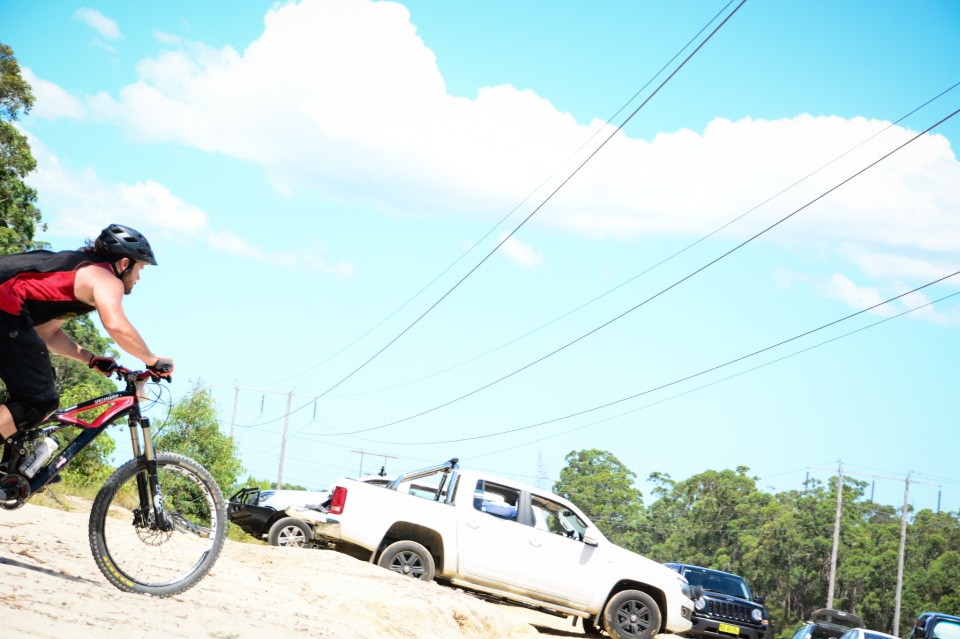 The Killi enduro brought together people who have raced downhill and cross country at this venue in the past with people who are still getting to know their first real mountain bikes. Like Simon said, there were no attitudes, just a bunch of folk who are really nice to be around, having fun under a 40 degree sun. It was certainly a little hot, but the climbs were short and the descents playful enough that you’d sweat through another climb anyway just to go and have more fun. 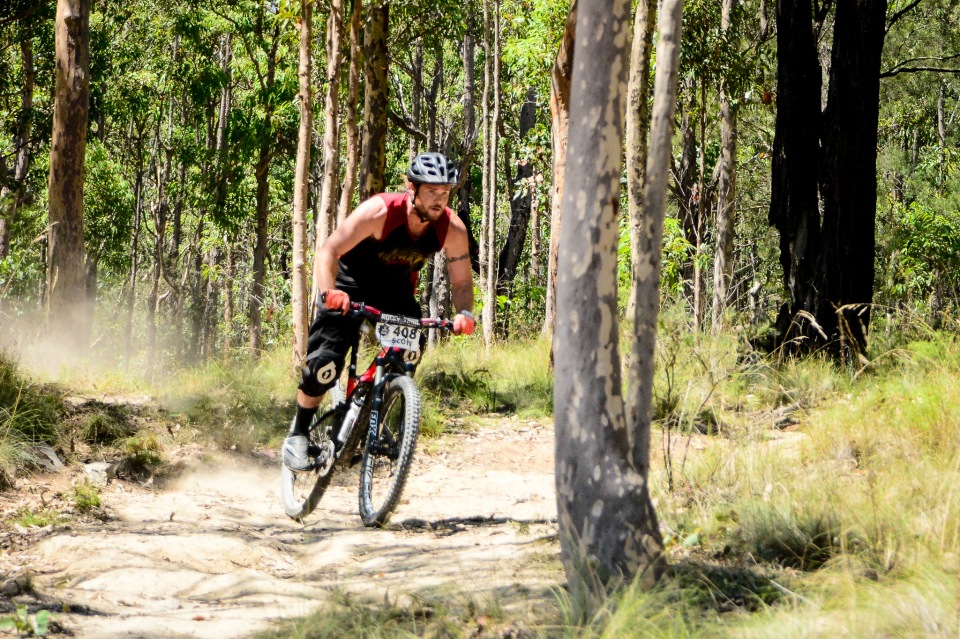 The trails at Killi are fast, fun and old school. Thanks to the Hunter Mountain Bike Association for all your work before this race and many, many others.

Another stand out feature of this event was that my partner, Gaye, strapped a number to her bike and raced as well. This is a rare sight for two reasons: firstly, she generally avoids racing like the plague, and secondly, I stole her bike for a bunch of these races last year meaning she couldn’t have ridden anyway. If you look through any set of race results, it’s uncanny how often people who live together and ride together often post very similar race times. If you discount the race run where I got distracted twice and rode off the course (focus Kath), we finished each track within a second of each other. Gayes on a bike with 120mm of travel and 29″ wheels, me on 150mm and 650B. We don’t even ride the same way. She doesn’t pedal, doesn’t puff and doesn’t use the brakes. I do lots of all three. Clearly race times have nothing to do with equipment, physiology or skill and everything to do with the excellent burritos we sat down and ate around midday. (The secret, for young players, is extra salsa, beans and cheese.) 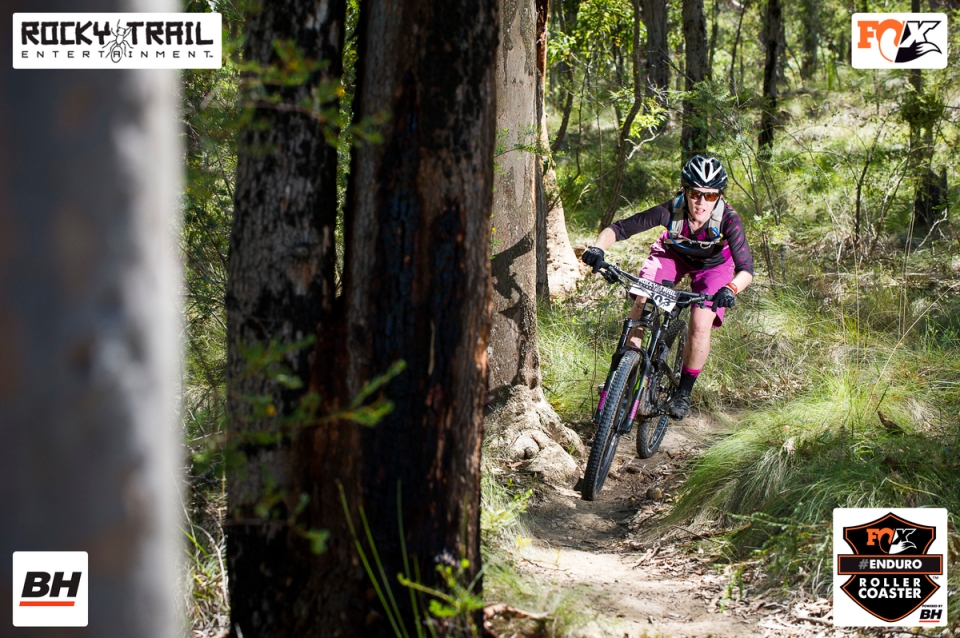 Hooking in…and loving having a bouncy bike of my own!

Truth be told, racing’s getting closer in the women’s categories all ’round with 10 seconds separating the Elite podium, and two non-eliters who would have stood on this podium as well. Nice one ladies! (Did you have burritos too?) 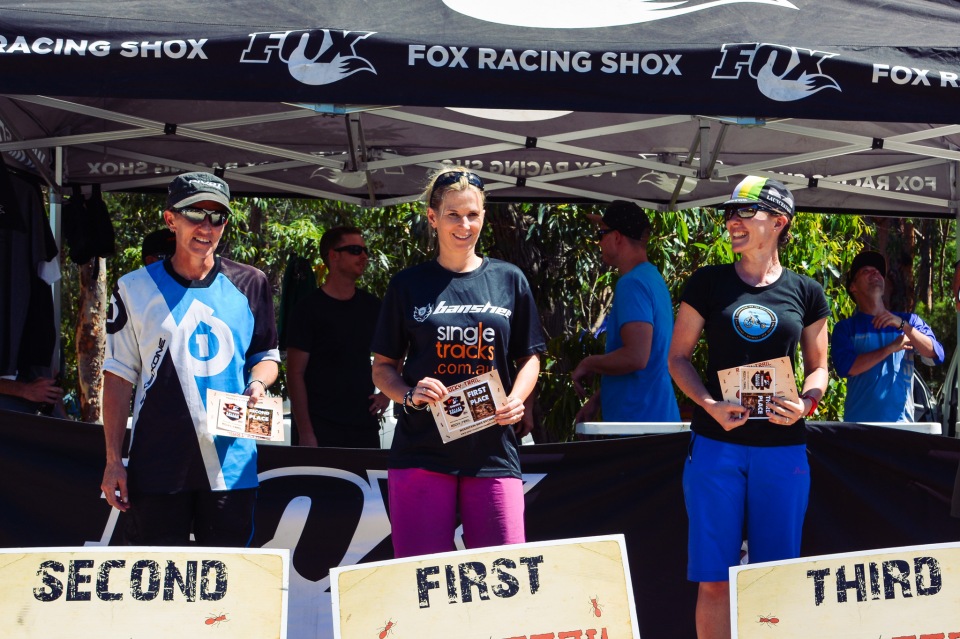 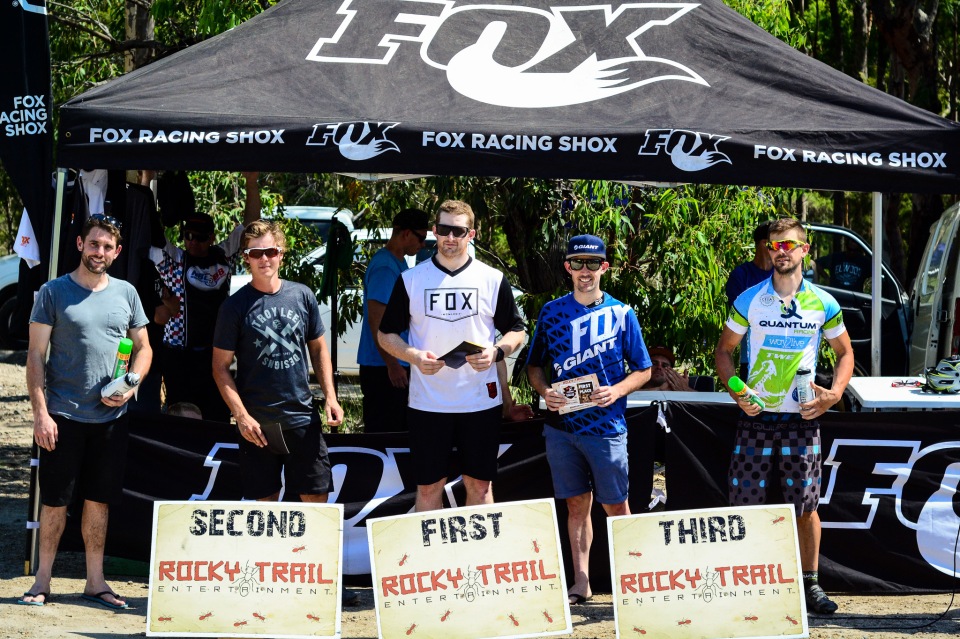 Thanks so much to everyone involved for a great day out, and especially to Rocky Trail for their commitment to really growing this format of racing. Race photos are available to all competitors free for download from Outer Image Collective. You’ll probably see a few of these on Facebook attached to comments like Simon’s above. If you think one of your mates had more fun than you this weekend, give the event calendar a look and think about coming along to some of the others. 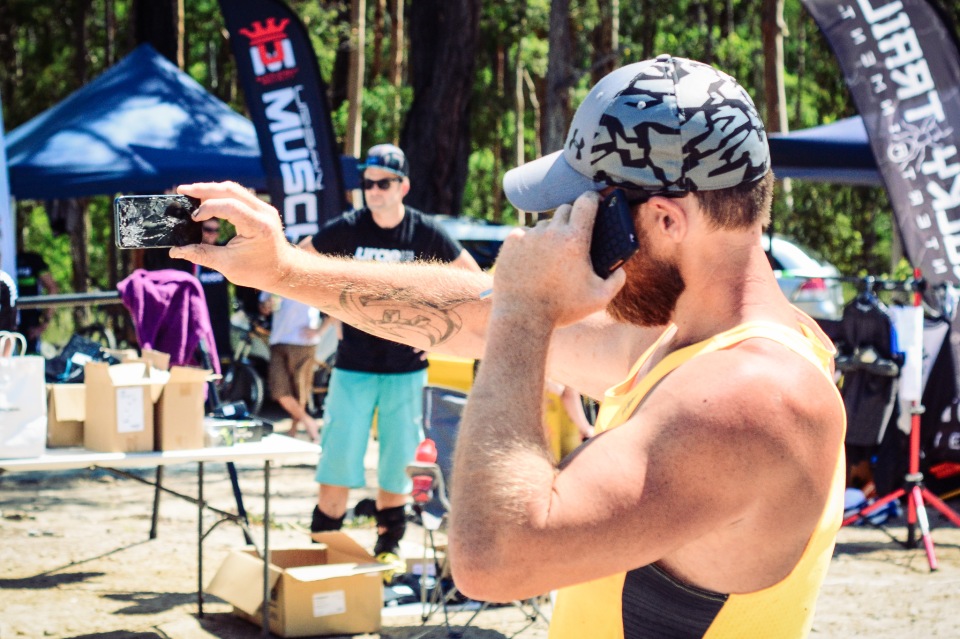 Race photos didn’t turn out? That’s OK, you can download pro ones FREE!

Category: Events, From The Blog 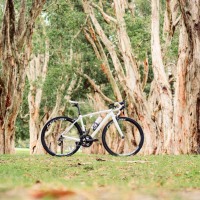 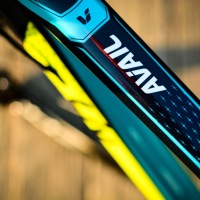 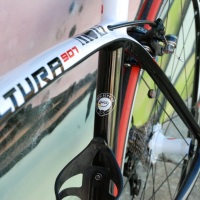 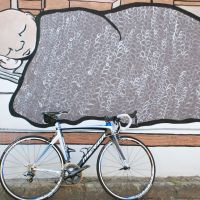 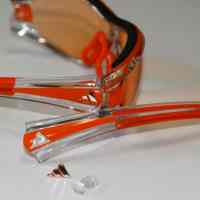